The Perfect Weekend Getaway From Seattle to Olympic National Park 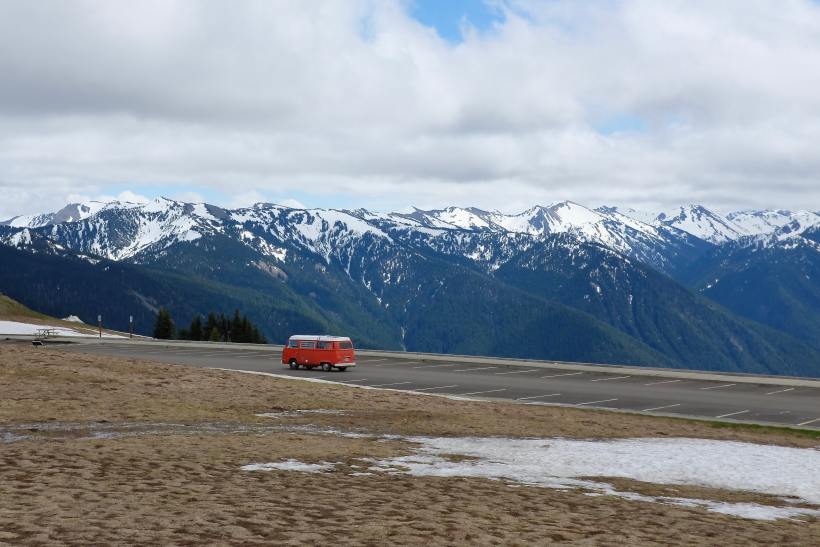 The Perfect Weekend Getaway From Seattle to Olympic National Park

This two hour road trip from Seattle to Olympic National Park will definitely feed your curiosity! You’ll see breathtaking views of the ocean, rushing waterfalls, beautiful lavender fields, mossy rainforests, & so much more. The park really is the ultimate adventure’s playground. So, if working from home has you missing the outdoors then you should consider taking a weekend getaway from Seattle to Olympic National Park.

And don’t forget to stop at Quilcene on the way for their world famous oysters!

How to Get From Seattle to Olympic National Park 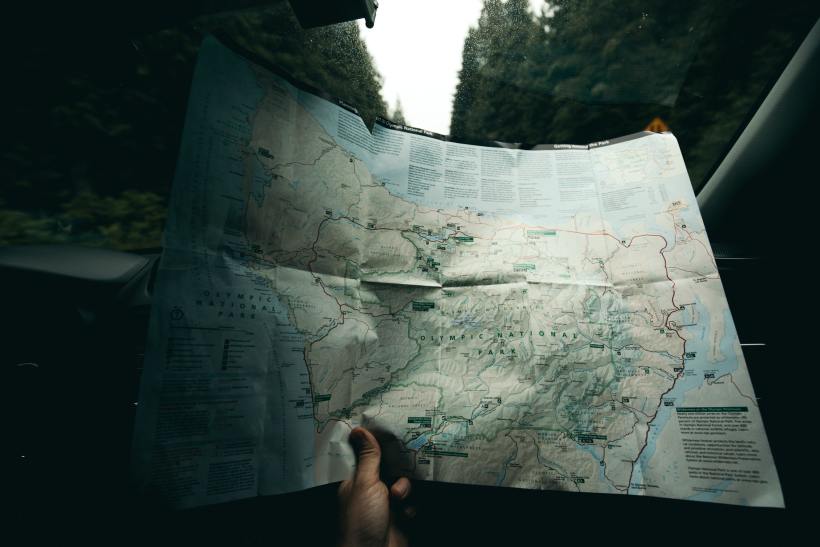 How to get from Seattle to Olympic National Park

The easiest way to get from Seattle to Olympic National Park is either by ferry or car. There are two main ferry ports, one in downtown Seattle and the second more north in Edmonds. If going by car, then you will start south near Tacoma or Olympia and you can decide whether to travel going north towards Port Angeles or west towards Aberdeen.

A big part of Washington travel means taking a ride on their many ferries! Taking a ferry is an adventure itself and is considered a shortcut from Seattle to Olympic National Park. Usually a ferry ride will be around 30-35 minutes, but locals do warn that Friday evenings can be rush hour. Tickets are around $20 for the car and driver and $9 per person after that, so it’s best to reserve your spot in advance as spaces are limited. 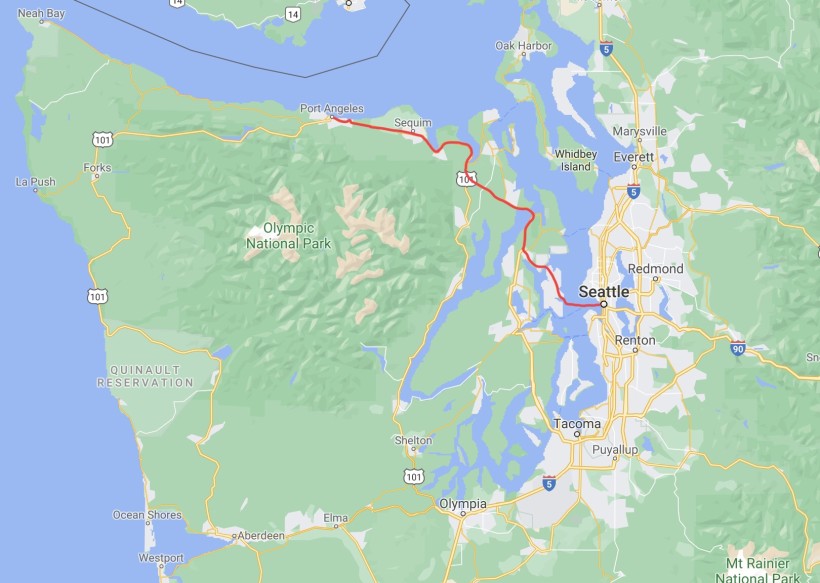 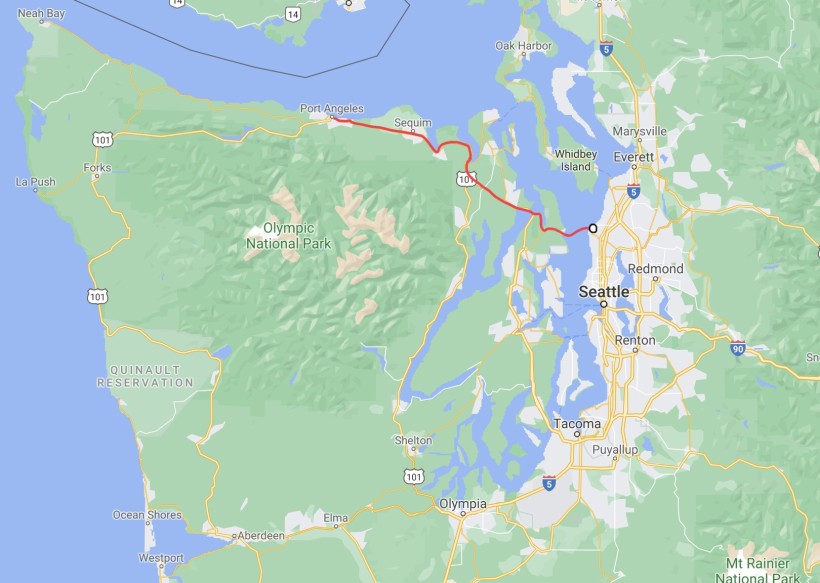 Who doesn’t love a great road trip! If you like to take the scenic route then driving would be the way to go. There are two main routes to Olympic National Park filled with unique rainforests, snow capped mountains, colorful tide pools & fun activities. Driving straight through should take two - three hours from Seattle, but you’re more than welcome to make as many pit stops as you want. 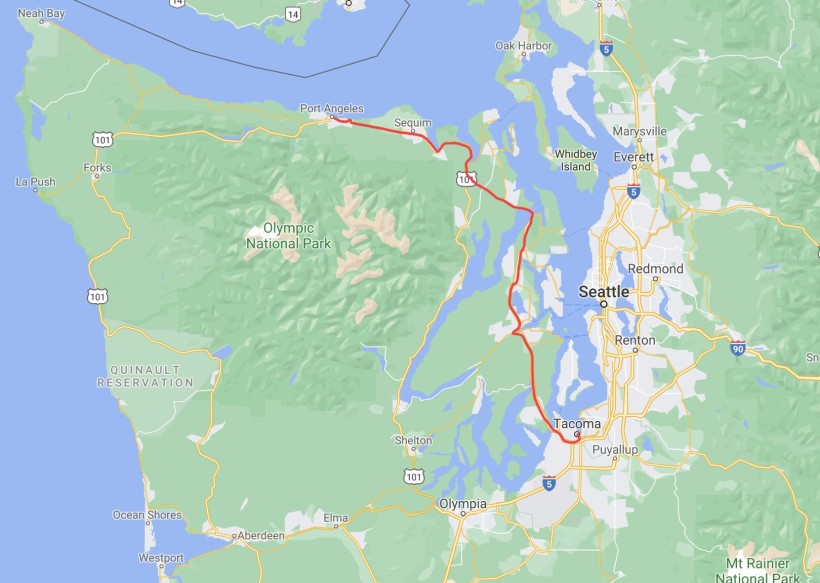 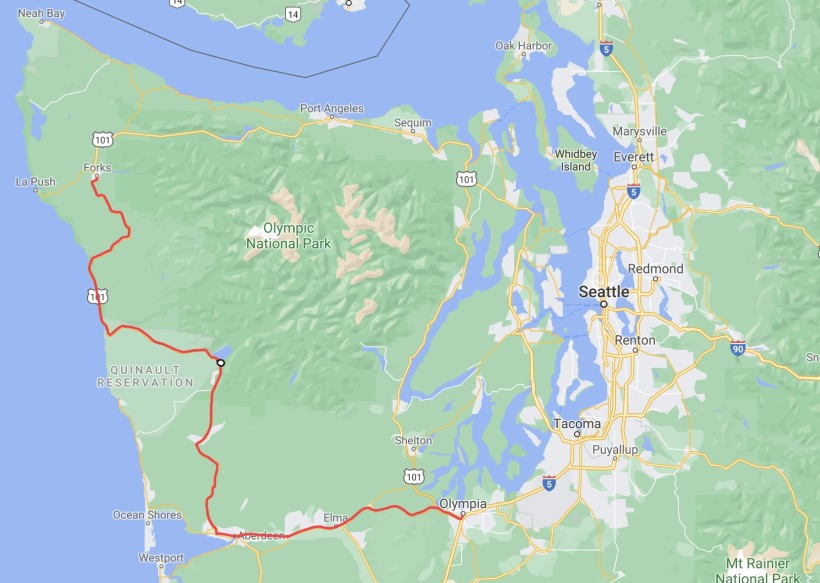 Olympic to Southwest Region of Park

Fun Things to Do in Olympic National Park

From beach camping to counting the stars, it’s guaranteed you’ll never get bored! Olympic National Park is the 13th largest national park in the United States with over 922,649 acres. It contains a variety of habitats from mountains to beaches to even rainforests. With so much to explore, you’ll never wanna go home. Here are some fun things to do in Olympic National Park. 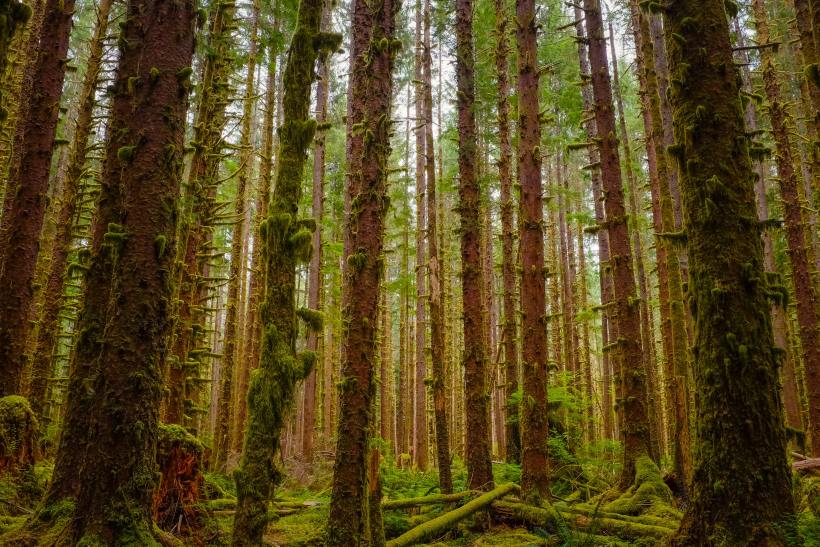 The Olympic Peninsula houses and protects one of the most unique environments in the world: a rainforest! It is the only rainforest in the Continental US and you can expect to see 100-170 inches of rain per year, making it among the rainiest places in the world. The Hoh and Quinault rainforest birth massive tree species such as the Sitka Spruce, Western Redcedar, Pacific silver fir, and Douglas fir. 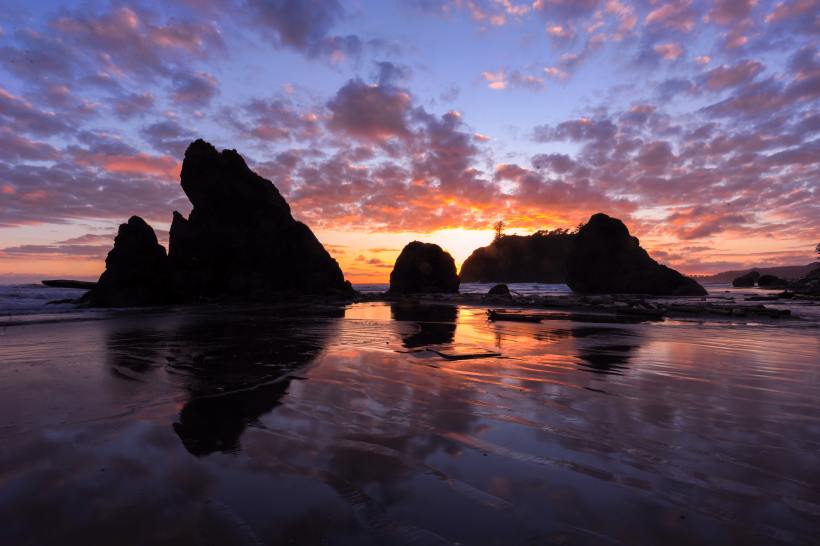 While you may not work on your tan, you can have a peaceful time anywhere along the 73 miles of Pacific coastline. Pitch a tent at Kalaloch Beach for beach camping, walk around sea stacks, or just enjoy the endless ocean views. 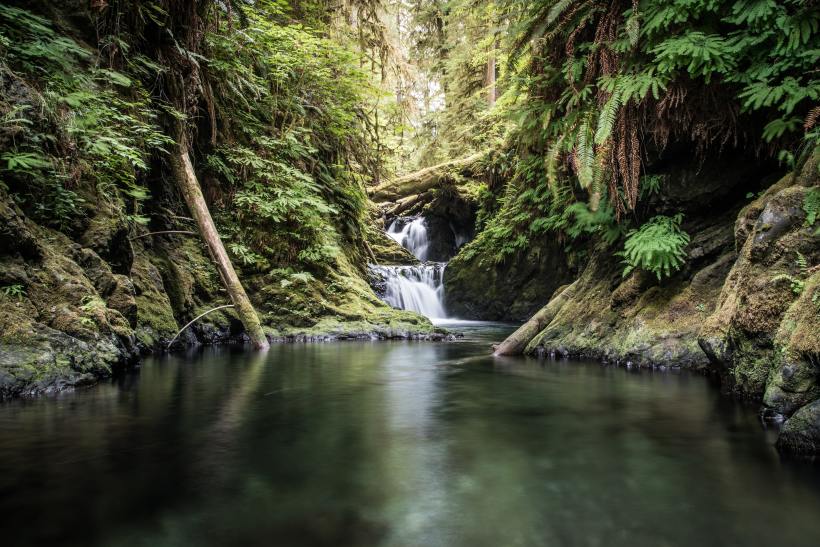 With rain comes waterfalls and lots of them!  The Olympic Peninsula is home to over 24 scenic waterfalls, but if you’re looking to chase waterfalls in Olympic National Park then there’s a few you need to see. 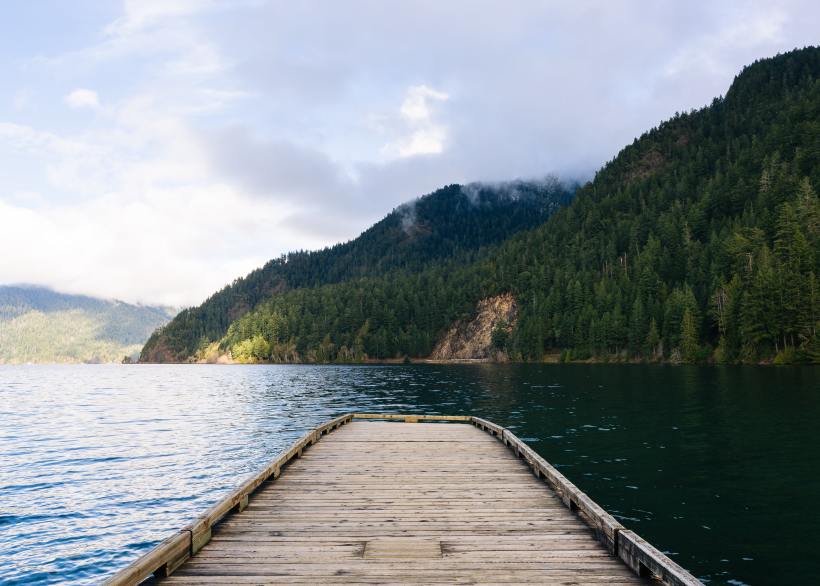 Scattered throughout the Olympic National Park are over 650 lakes! Besides seeing a lot of life including fish, reptiles, birds, plants & flowers there are also many water activities to do. Park visitors love kayaking, fishing, boating, & paddle boarding at the two largest lakes: Lake Crescent & Lake Ozette. 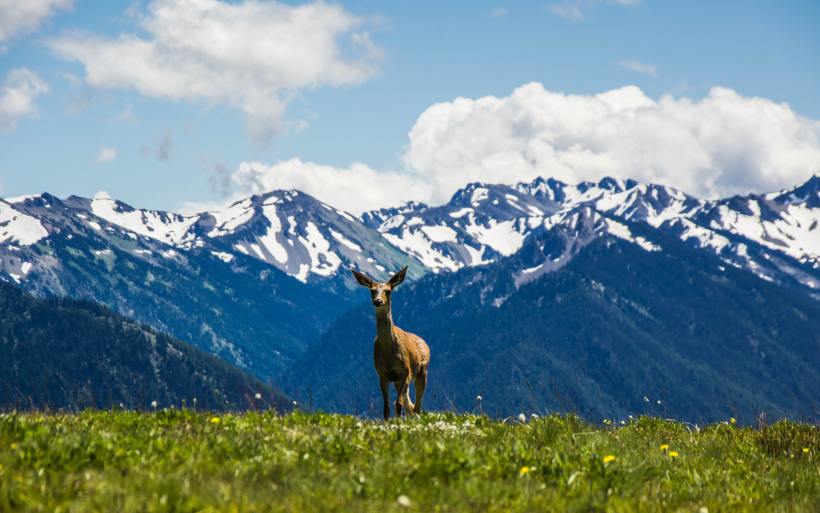 Make sure to keep your eyes open for all the amazing wildlife this national park has to offer. Along their beaches you can be sure to see whales, dolphins, sea lions, seals, and sea otters. Within their dense forests & vast valleys deer, elk, cougars, bears, beavers, and minks roam free. Olympic National Park even homes the banana slug, an endangered and threatened species. 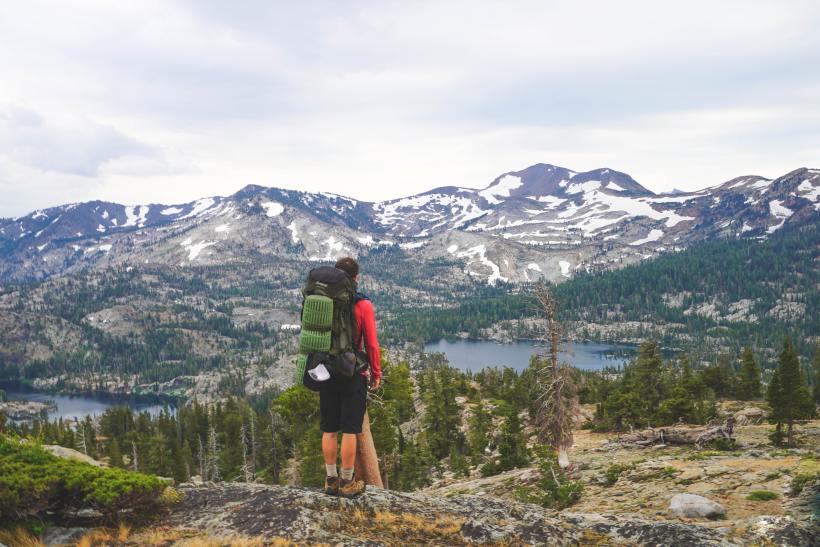 With much of the park not being accessible by road, you can expect to find many hiking trails. Before starting your hike, park rangers recommend being prepared for changing weather, keeping an extra bag for trash, and filtering the water before you drink it. You can even bring your furry friend, but some trails require dogs to be on a leash so make sure to keep one packed. Curious what trails to take? Read our blog The Best Hikes in Olympic National Park. 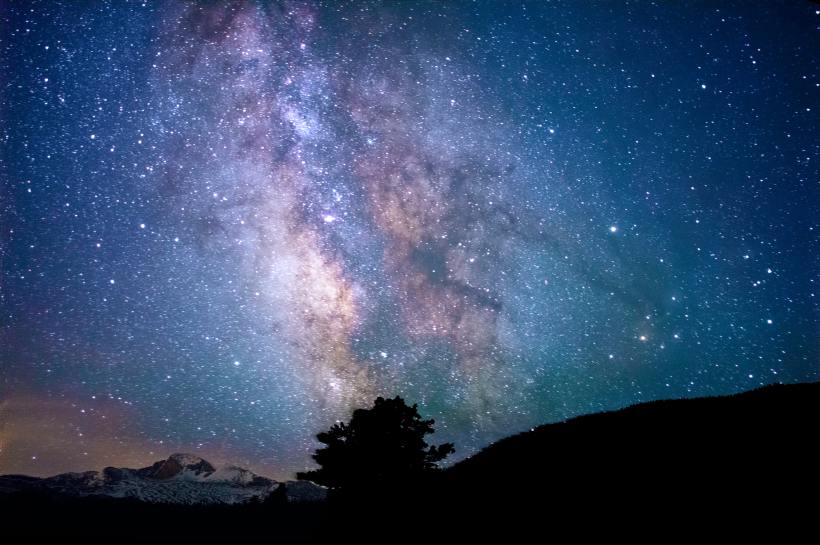 The park offers some great things to do during the day, but nothing compares to the view at night. Many visitors love camping at one of 16 Olympic National Park campgrounds. Besides being surrounded by nature, campers are always blown away by the stars at night. The park is one of the few places to experience natural darkness and the galaxies, constellations, nebulae, and planets within. 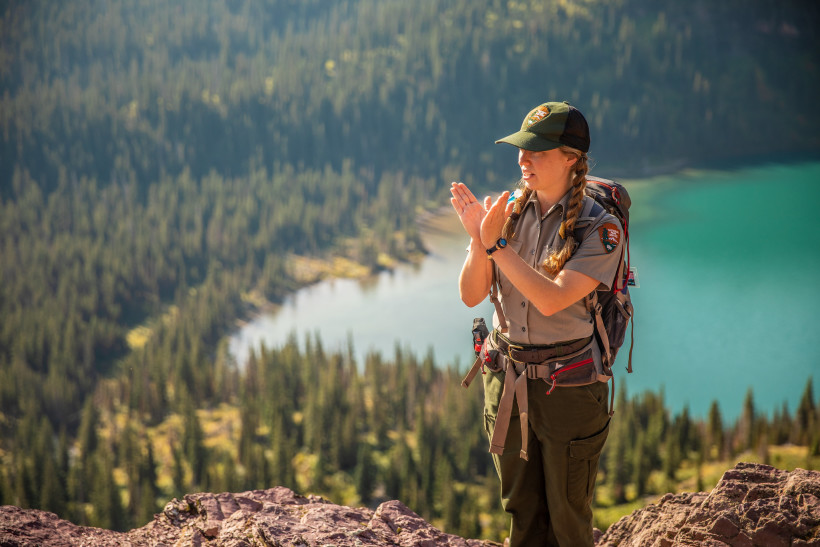 If you’re new to outdoor adventures or would like a more knowledgeable experience then a ranger-led program is for you. Every summer the park hosts many events that teaches visitors anything from guided hikes to campfire 101. It is a great way to learn about Olympic National Park from a trusted source & get the most out of your trip. 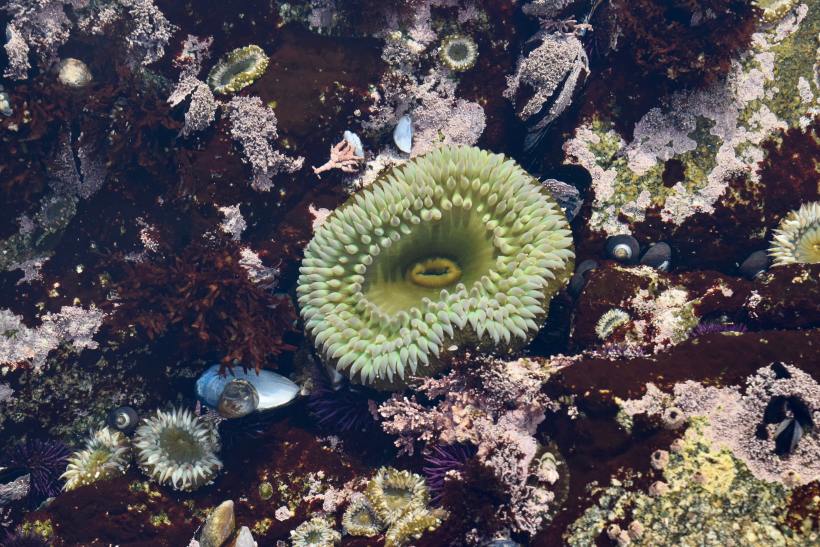 Many of the coastal beaches at Olympic National Park house interesting water life within their tide pools. The most popular places to see the aquatic creatures are at Kalaloch’s Beach & Mora’s Hole in the Wall. During the summer you can find rangers at both spots to help you view more of this incredible habitat. You can also download low tide calendars in case you want to explore alone. Just make sure to wear sturdy shoes as the seaweed & algae can make the rocks very slippery.

Another great way to explore Olympic National Park is on a guided tour! Adventures Through Kayaking offers guided kayaking, rafting, and mountain bike tours. Or, if you're confident in your skills, you can rent a kayak or bike and head out on your own to explore Lake Crescent, Freshwater Bay, the Olympic Discovery Trail, and more.

With so many things to do, you can be sure that your weekend getaway from Seattle to Olympic National Park is full of adventure. In case you don’t have time to fit in everything then make sure to check out our Olympic National Park Ranch Stay. Here, you can be sure everything will be taken care of and all you have to do is relax and enjoy! Don’t forget to tag us in your pictures and videos on social media of your trip. 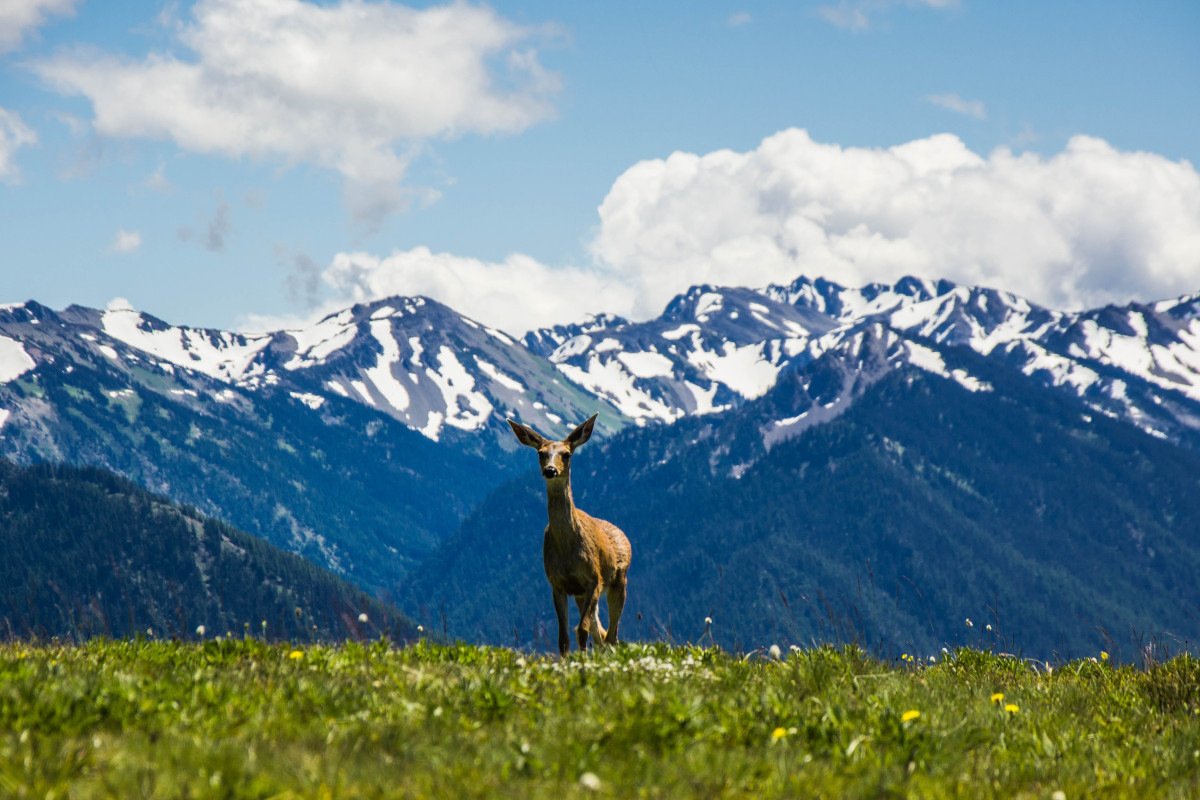 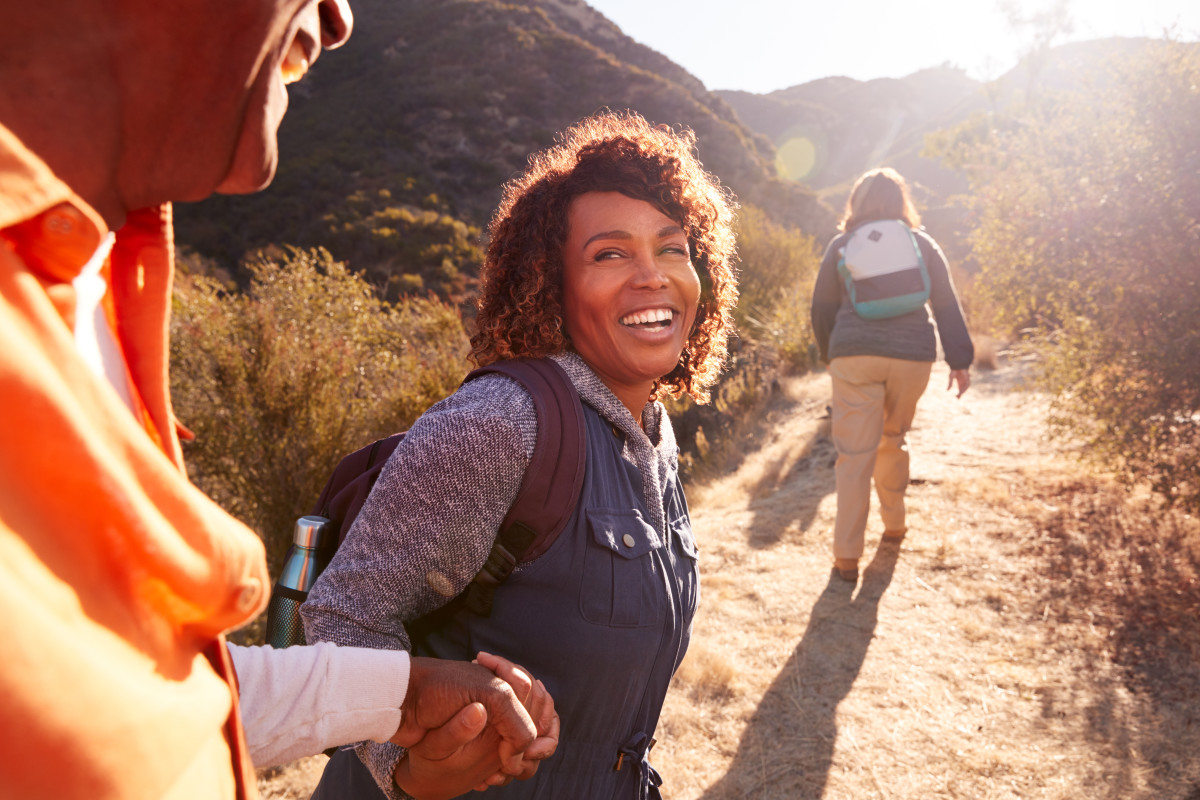 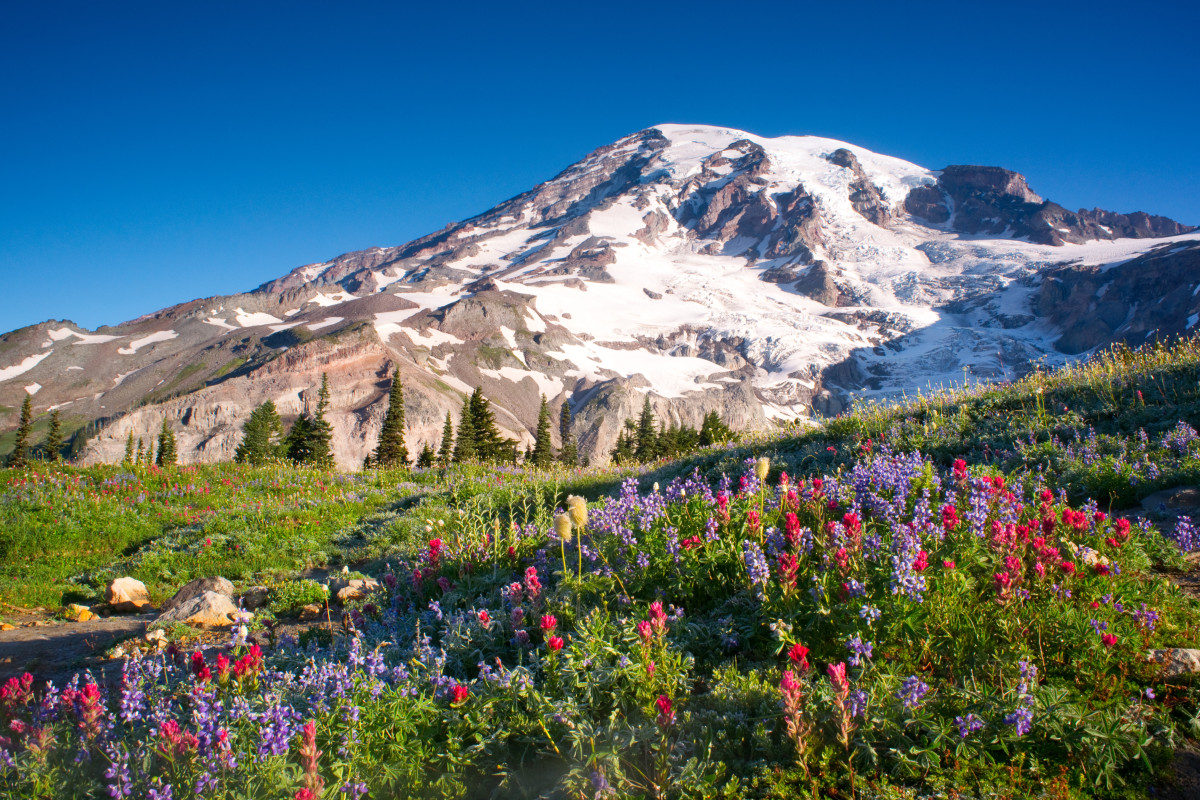 The Wildflower Hikes in Washington You Need to do