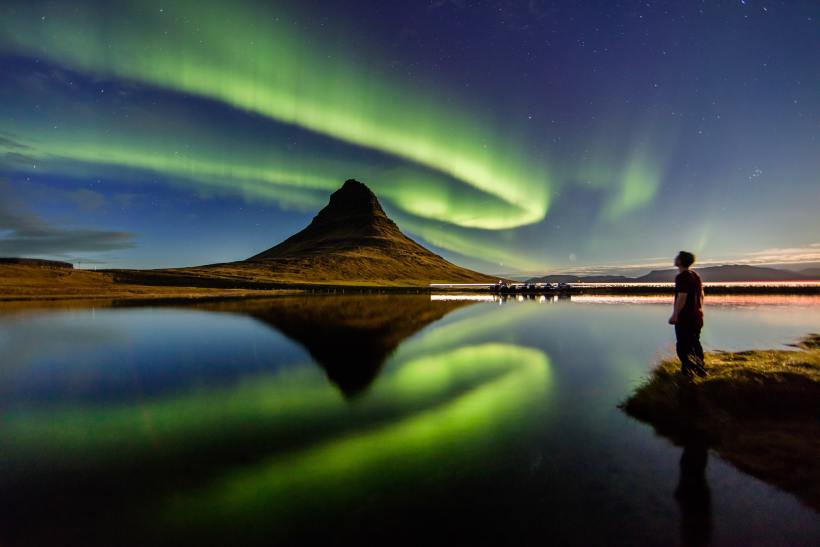 Commonly referred to as “The Land of Fire and Ice” Iceland is home to incredible varieties of landscape. From black deserts to colorful dancing skies, the scenery is never ending. An island full of history, spectacular features, and impressive geology, it is not surprising that Iceland is one of the most popular travel destinations. We’re going to tell you all you need to know about finding Iceland’s best landscapes.

From the remote islands in South Iceland to the artistic scene in the North, there are quite a few pretty regions, cities and Iceland towns that have a lot to offer. 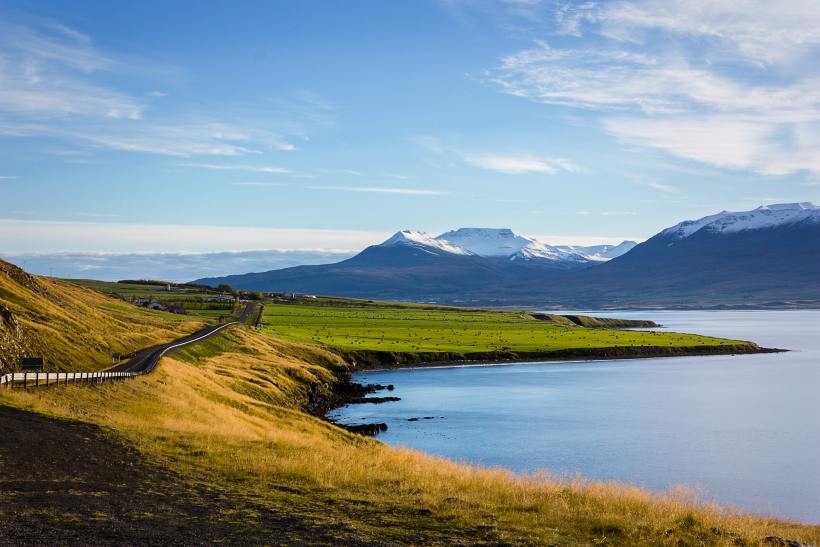 North Iceland offers the country’s best natural and cultural landscapes. You will be sure to see active volcanoes, massive waterfalls, hot springs, and even whales! Many of the wonders here in Northern Iceland are tied to Norse mythology and Iceland’s history. Popular North Iceland towns are Akureyri, Godafoss, and Husavik. 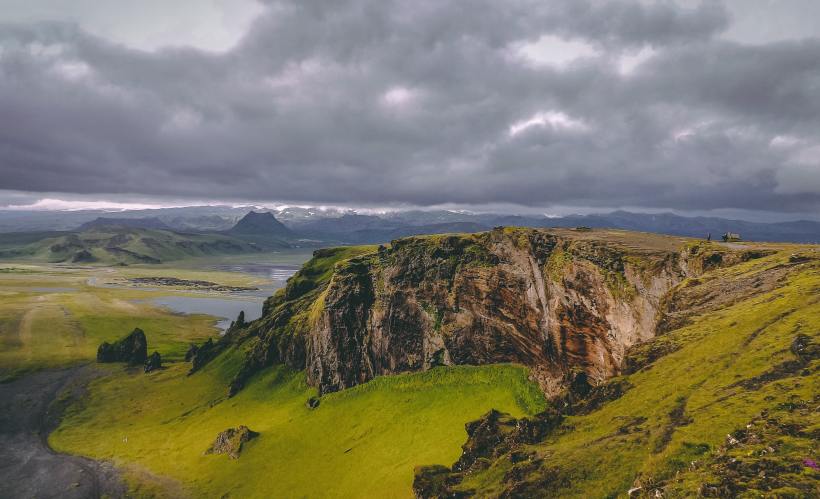 South Iceland is a stunning region filled with glaciers, moss-grown lava fields, waterfalls, and hot springs. This spectacular Iceland landscape was Disney’s inspiration for their movie Frozen II. Some of South Iceland’s most popular towns include Vik, Westman Islands, and Selfoss. 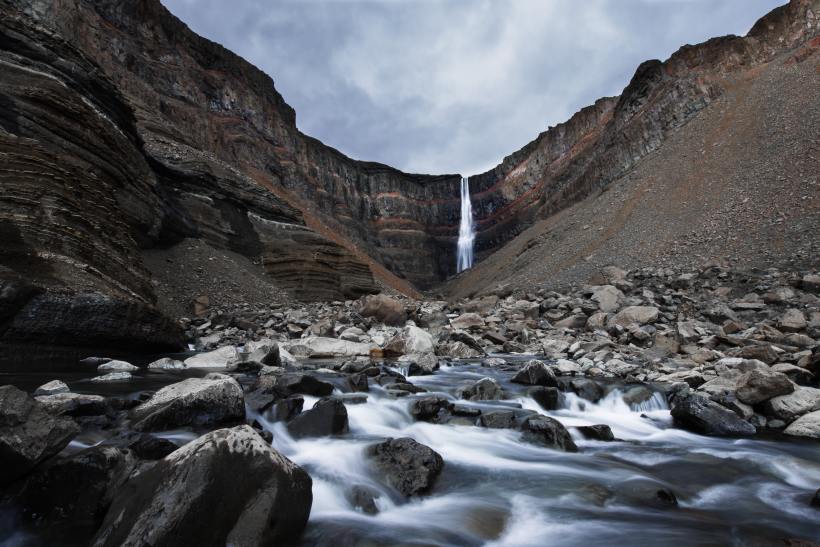 East Iceland is most commonly known for it’s small villages, narrow fjords, mountains, and scenic coastlines. The East Fjords are actively one of the oldest regions in Iceland and they were shaped by glaciers during the Ice Age. You will find a growing art scene, French signs, and a unique hodgepodge of attractions. Most visited East Iceland towns are Hengifoss, Faskrudsfjordur, and Bulandstindur Mountain. 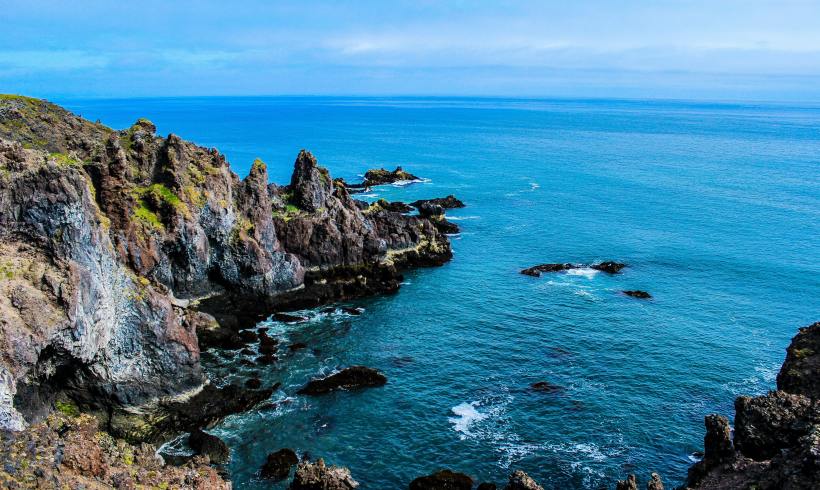 West Iceland is home to one of Iceland’s most geologically diverse regions that include lava formations, grand scenery, geothermal activity, lakes and rivers, and waterfalls that overlook the highland glaciers. Some of West Iceland’s most popular towns include Husafell, Langjokull, and Akranes. 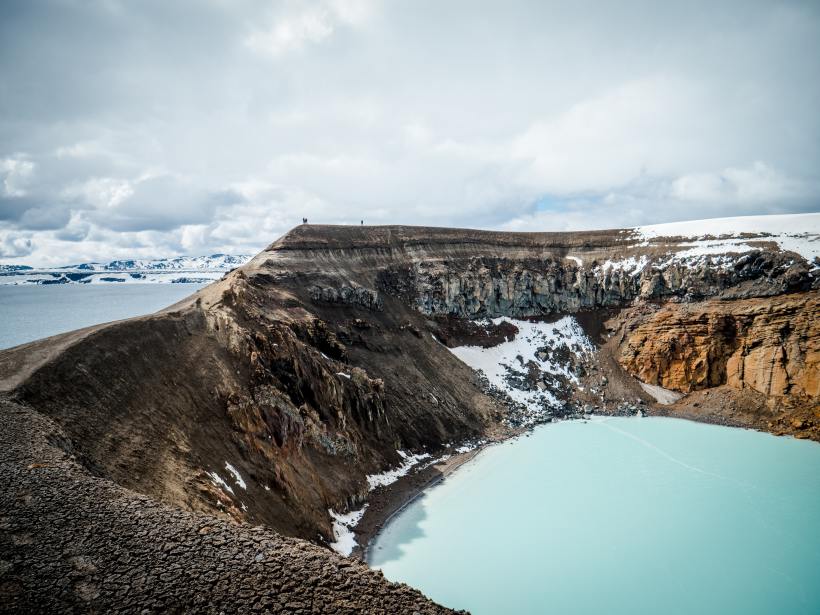 Iceland’s HIghlands are located right in the center of North, South, East, and West Iceland. This area is known as the arctic desert and takes up most of Iceland’s landmass. The Highlands is among Europe’s largest unpopulated areas and is full of lava fields, glaciers, black sand deserts, and volcanic ash. The Highlands' most popular towns include Askja, Hveravellir, and Landmannalaugar.

The Most Popular Iceland Landscapes

Whether you’re looking for basalt formations such as Elephant Rock or volcanic craters like the Eye of the World, you’ll be sure to find it in Iceland. This country is incredibly diverse and is home to many natural attractions that are a must see! Learn about some of the most popular Iceland landscapes below. 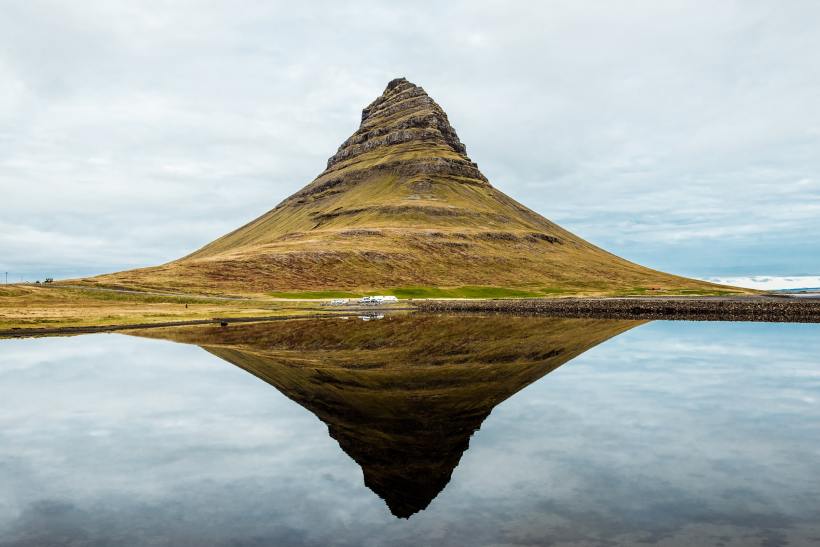 Kirkjufell Mountain sits on the northern shore of West Iceland and is the most photographed mountain in the whole country. Commonly called “Church Mountain” due to its distinctly cone-shaped peak, Kirkjufell is an impressive landmark at 1,519 feet. Near the base of this famous mountain is a just as famous waterfall called Kirkjufellsfoss, or “Church Mountain Falls”.

Fun Fact: Kirkjufell Mountain was used to shoot a scene in the HBO series Game of Thrones. 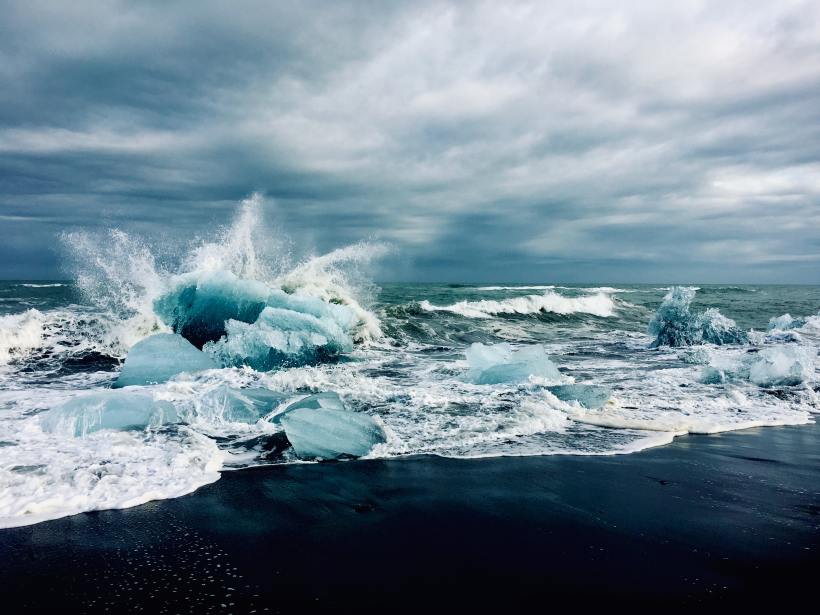 Iceland Diamond Beach is located by a glacier lagoon in the South Coast of the country by Jokulsarlon. Diamond Beach is famous for it’s black sands that strip along the glacier plain. The glaciers can be seen washing ashore, which creates a beautiful contrast against the dark sand that makes it a hotspot for photographers. It is also one of the best places in Iceland to see orcas from the shore. 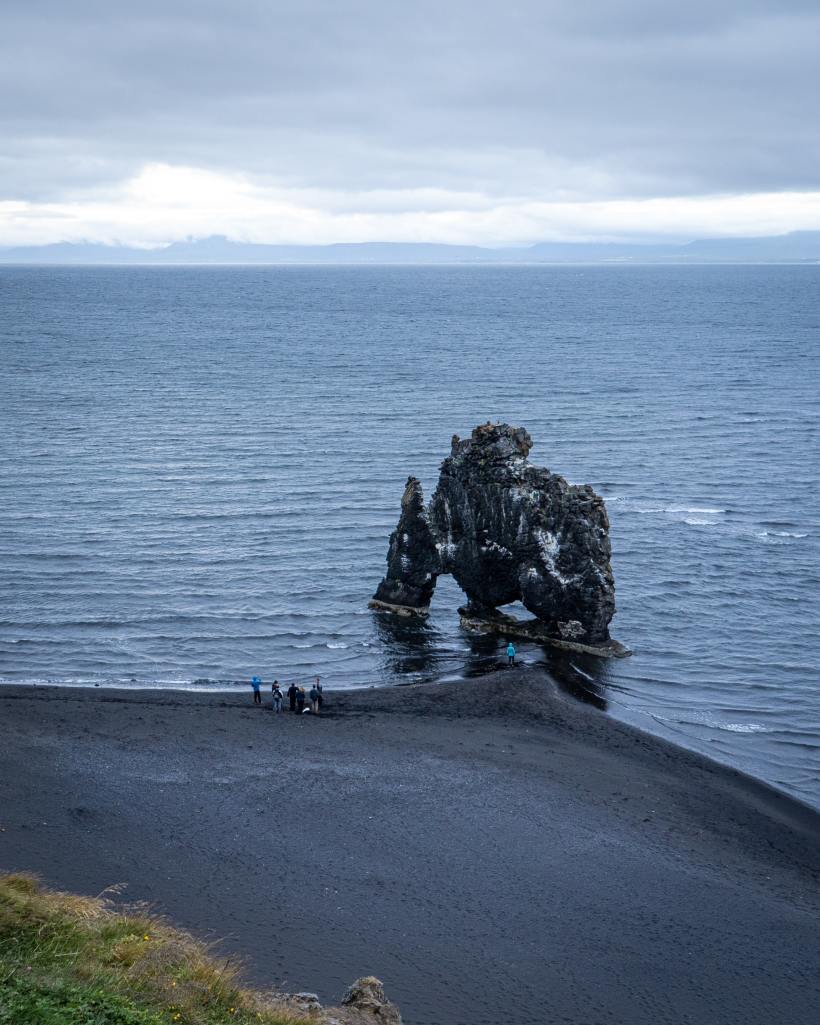 One look at this Iceland landscape and you’ll see why it’s called Elephant Rock. This basalt rock can be found in Westman Islands of South Iceland and is said to have been created as a result of a volcanic eruption. Visitors are more than welcome to visit the Eldheimar Volcano Museum, meet a puffin at the aquarium, or try the swimming pool.

Iceland Eye of the World 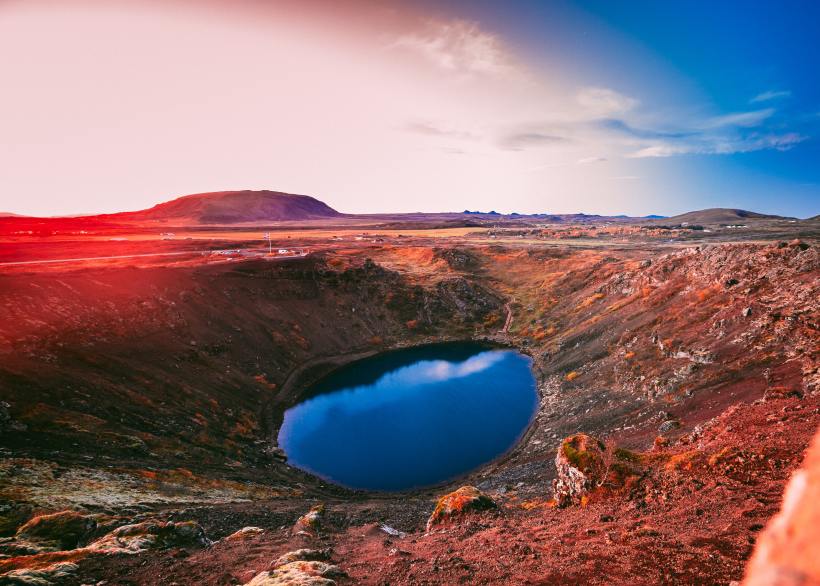 Eye of the World in Southern Iceland

Iceland’s Eye of the World is a true nature phenomenon. It is a 3,000 year old volcanic crater lake, called Kerid Crater, and is located in the Southern Region of Iceland. Kerid Crater runs 180 feet deep, 560 feet wide, and 890 feet across. It is surrounded by red volcanic rock and in the winter the lake freezes over, which makes it perfect for an unforgettable ice skating adventure. 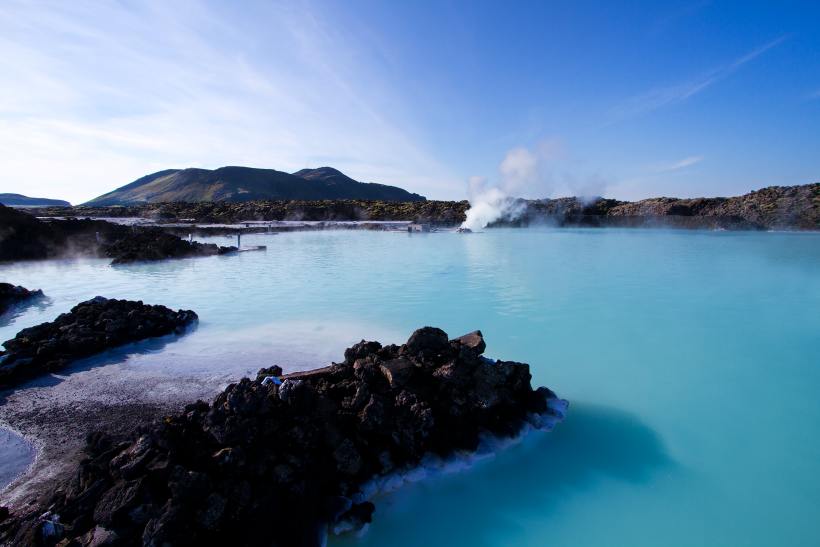 Blue Lagoon is arguably the most famous Iceland landscape, and for good reason! Iceland’s Blue Lagoon is considered one of the twenty-five wonders of the world. It is a geothermal spa located in the Reykjanes peninsula in Southwest Iceland. The first person to take a dip in these remarkable teal waters was in 1976 and since then people from all over have claimed the blue mud has healing powers. It has grown to now host a luxurious spa, research center, and hotels. 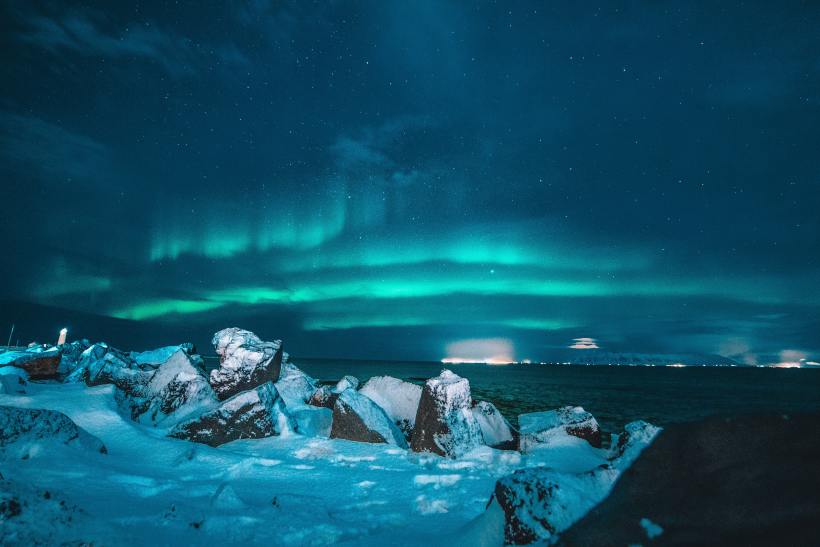 Iceland’s Northern Lights is one of the biggest attractions in Iceland. Adventurers travel many miles to see the colored lights dance magically across the sky. In order to view this naturally occurring phenomenon, there must be total darkness. The best time to see the Northern Lights is from September to March after 6pm and some say it is a life-changing experience. For the best view, travel to Vik in South Iceland, Porsmork in West Iceland, or Westfjords.

Fun Fact: The Northern Lights are caused when solar wind goes past the magnetic field and travels towards Earth, releasing their energy, and producing colorful lights. 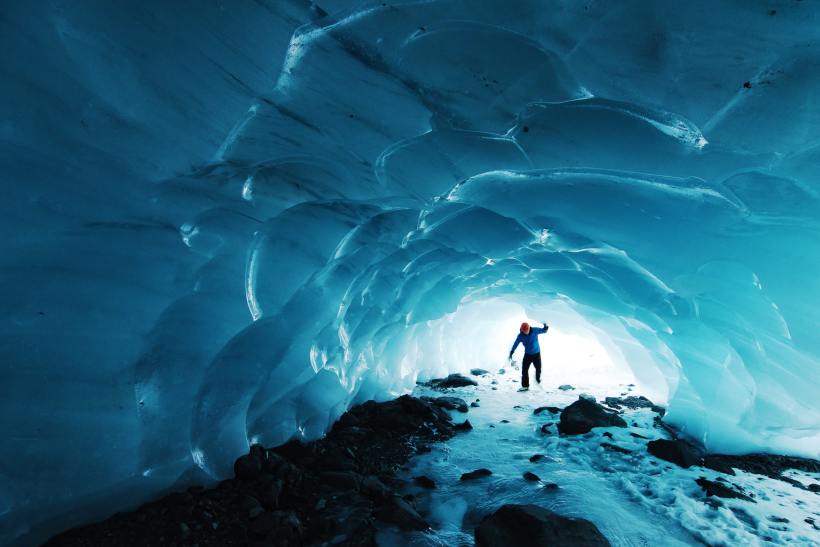 Iceland’s ice caves are formed by glacial meltwater and geothermal activity. They are truly a sight to see and each year they change their appearance due to the constant melting and reforming. This can cause new areas to emerge while covering up the old. The Crystal Ice Cave is the most popular cave and is the largest one in Vatnajökull National Park. It’s clear qualities are due to the compression of snow into ice and the weight of the ice squeezes out the oxygen. Parts of ice in the Crystal Ice Cave date back to 1,200 years ago!

As you can see there is much to get lost in when traveling through Iceland’s landscapes! With so many different types of natural wonders, Iceland is the perfect place to experience a little of everything!