The Top 10 Places to Visit in Alaska - AdventureTripr

The Top 10 Places to Visit in Alaska 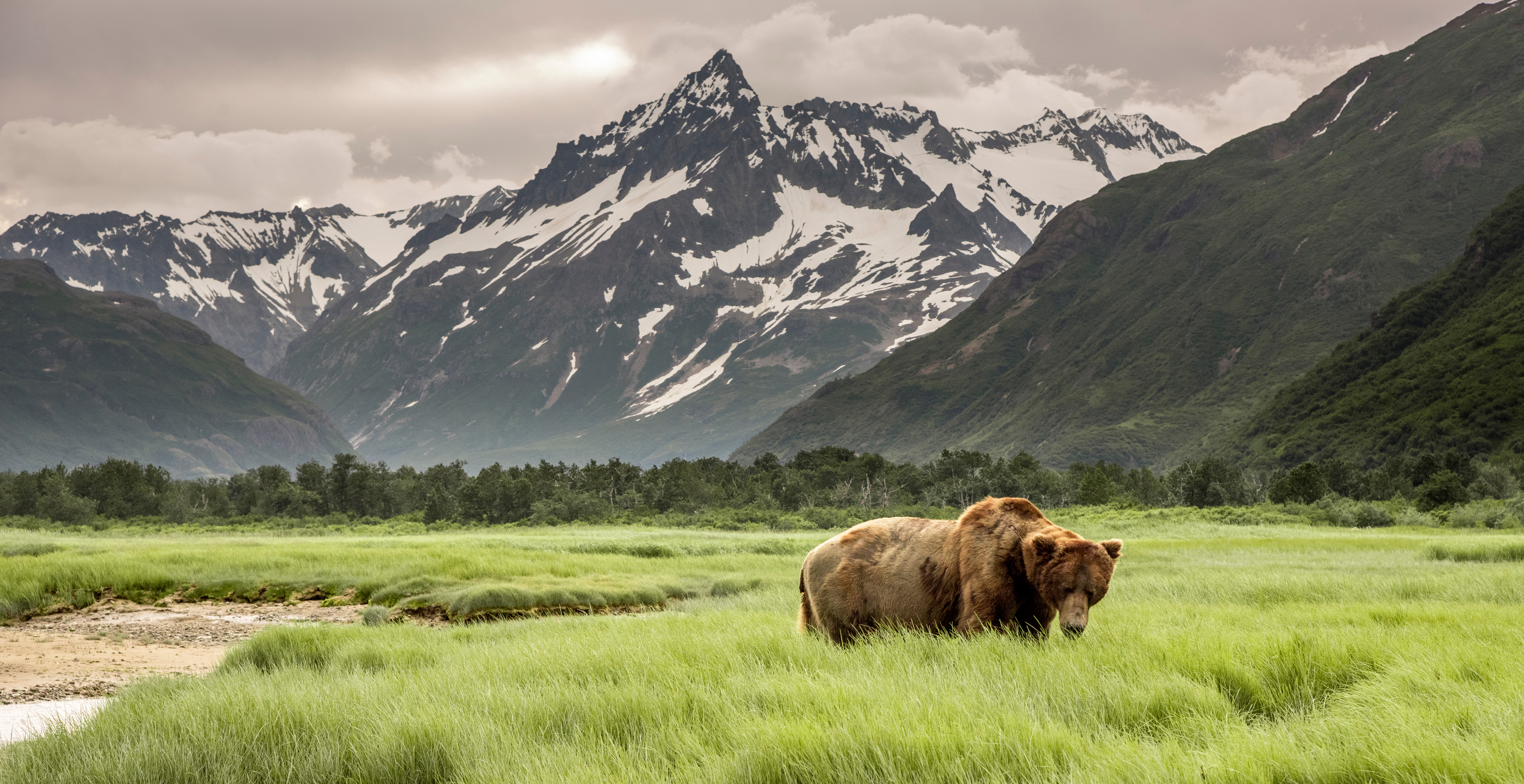 The Best Places to Visit in Alaska

Alaska is known as the “Last Frontier,” and for good reason. When it comes to breathtaking natural landscapes and impromptu encounters with wildlife, there is no other state quite like it. From glaciers to soaring mountains to charming towns, there’s endless opportunities for adventure. Here are 10 of the best places to visit in Alaska. 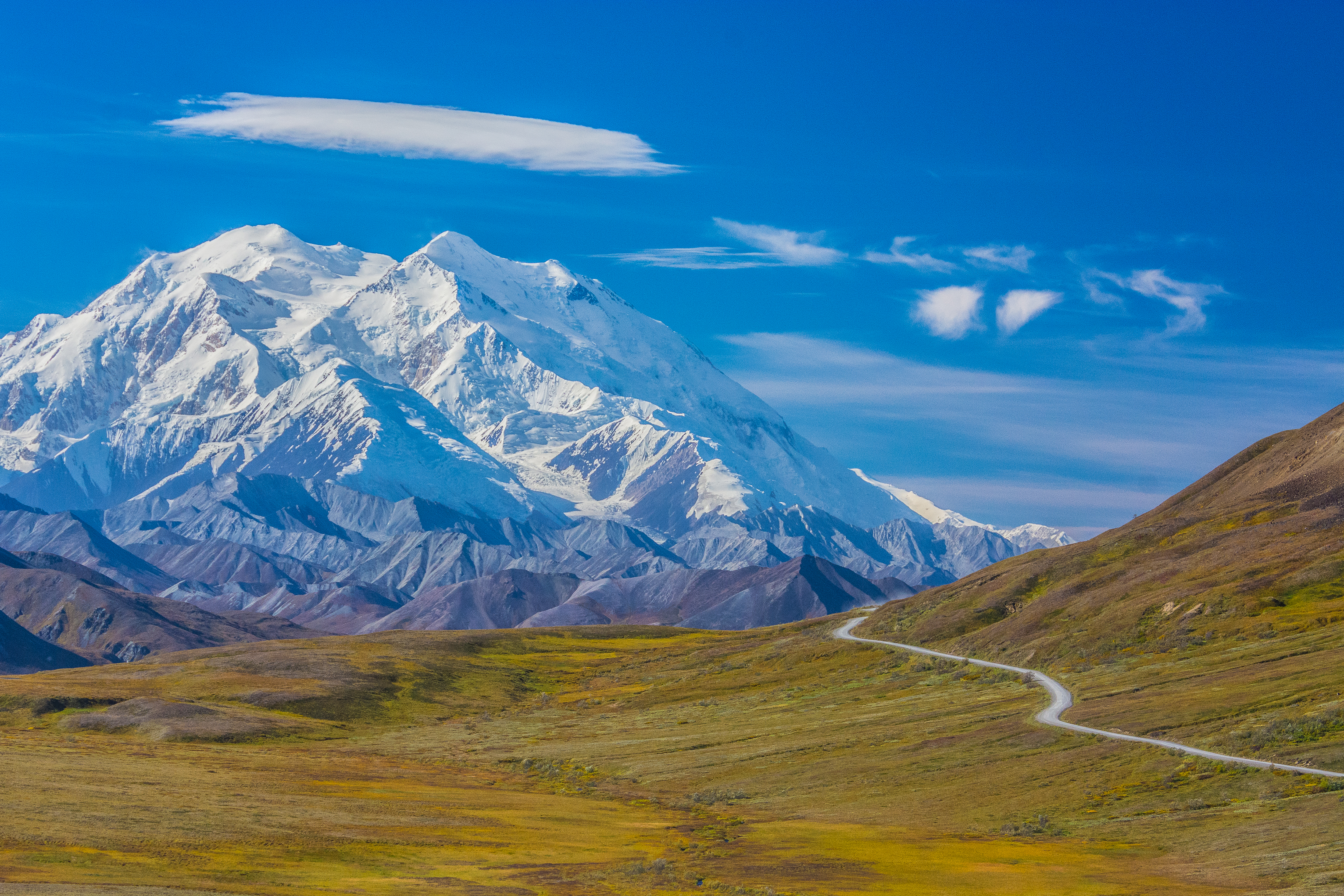 A short drive south of Fairbanks, you’ll find the tallest mountain in North America, the stunningly beautiful Denali (formerly known as McKinley). Meaning "The High One" in the language of the Athabascan tribe, this towering peak stands at 20,320 feet above sea level. Be warned though: it’s often not visible due to cloud cover. Nevertheless, this 6-million acre park is definitely one of the best places to visit in Alaska.

Denali is also probably one of the only places where you’re encouraged to hike off trail. At the entrance to the park, there is a visitor centered with some marked trails around it. You can ask the shuttle to drop you off anywhere down the 90 mile road and venture deeper into the park. Bring a topographical map and a compass, and navigate your way through some of the world’s most pristine wilderness. Or, opt to see the park from above. A sightseeing tour will take out up and around the Denali and land on a glacier for a once-in-a-lifetime moment. 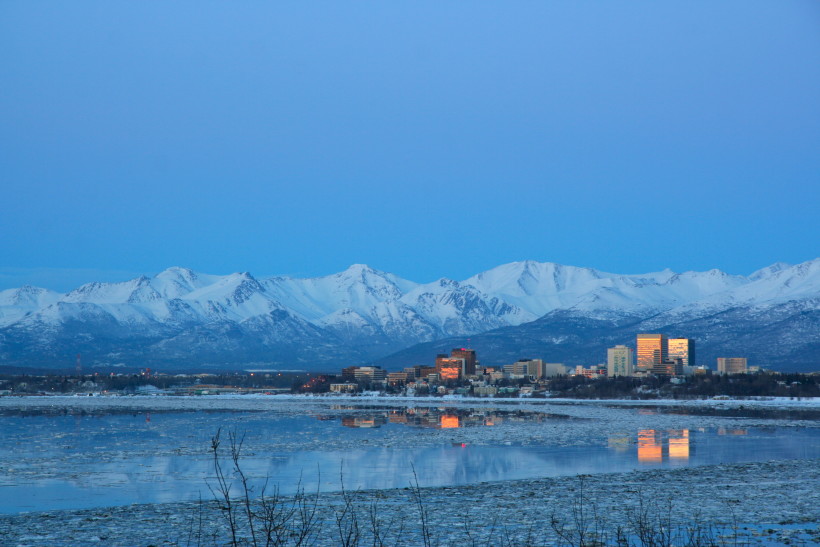 On any trip to Alaska, the odds are good you’ll fly in and out of Anchorage. More than just an airport, though, the city is worth spending a day or two in. It’s the largest metropolitan area in Alaska at 400,000 people - but small in comparison to most cities in the Lower 48. You’ll find incredible seafood restaurants, awesome microbreweries, and museums. 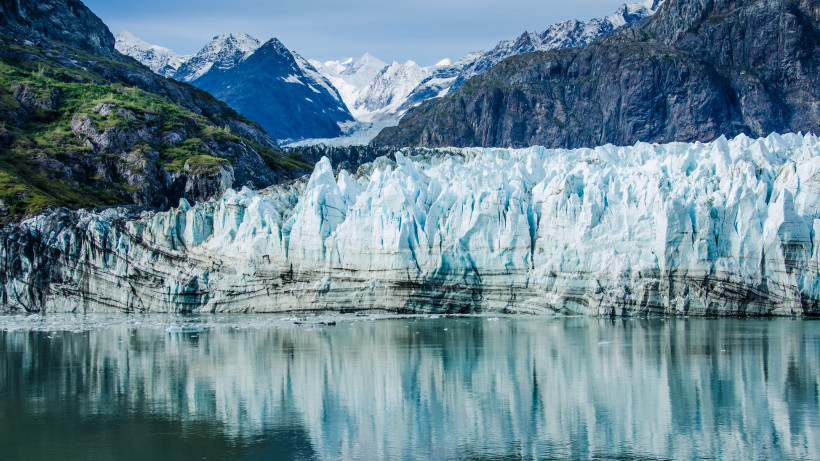 Along the inside passage of Alaska, you’ll find Glacier Bay National Park, where massive glaciers calve into the frigid waters. The best way to explore the park is on the water. Hop in a kayak or on a cruise to truly experience the glaciers and chunks of ice that will float past your boat.

The best part? Cruise lines that run in the park are required to have a park ranger onboard, giving you access to their wealth of knowledge. 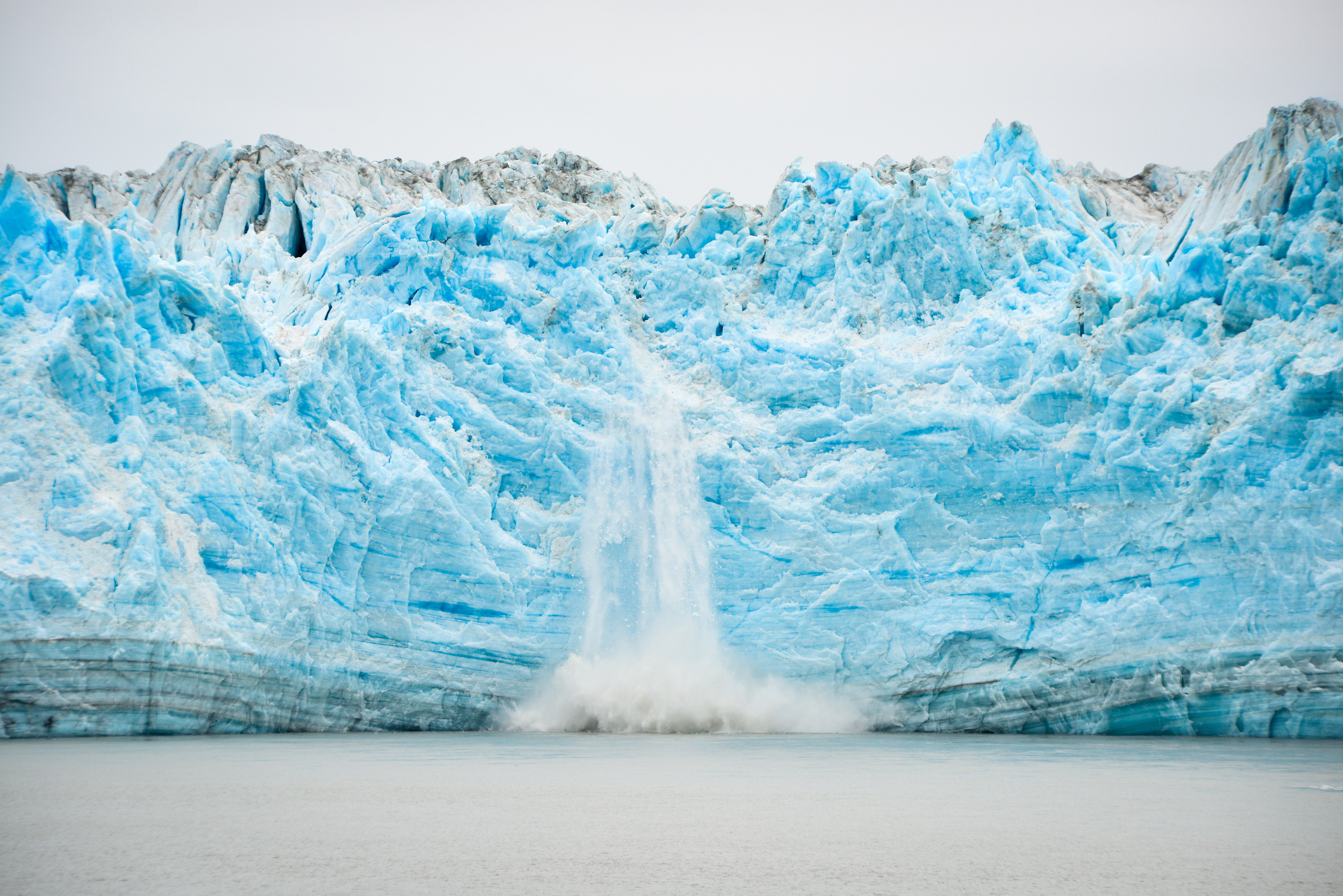 Hubbard Glacier sits further toward mainland Alaska, making it less visited than Glacier Bay due to this added distance. Whereas Glacier Bay has many glaciers, Hubbard is simply one mammoth glacier. In fact, it’s the largest tidewater glacier in North America at a staggering 76-miles long and 1,200 feet deep. It’s located within Wrangell–St. Elias National Park and Preserve, also known as the United States’ largest national park. 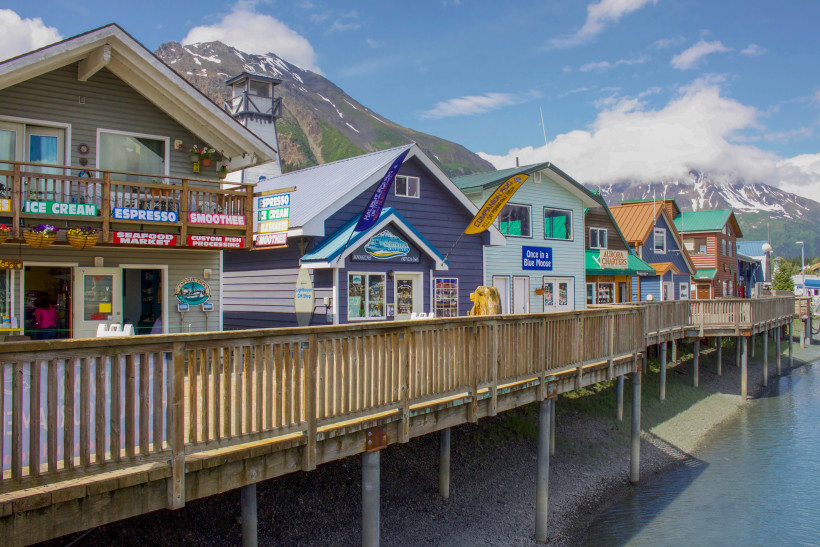 Shops along the dock in Seward Harbor, Alaska

Seward is a port city in southern Alaska, set on an inlet on the Kenai Peninsula. It’s known as the gateway to Kenai Fjords National Park, but the town itself has a lot to see and do. It sits alongside Resurrection Bay, which is known for its whales and wildlife. Go on a whale watching tour, stroll the waterfront & downtown area, or visit the sea life center. 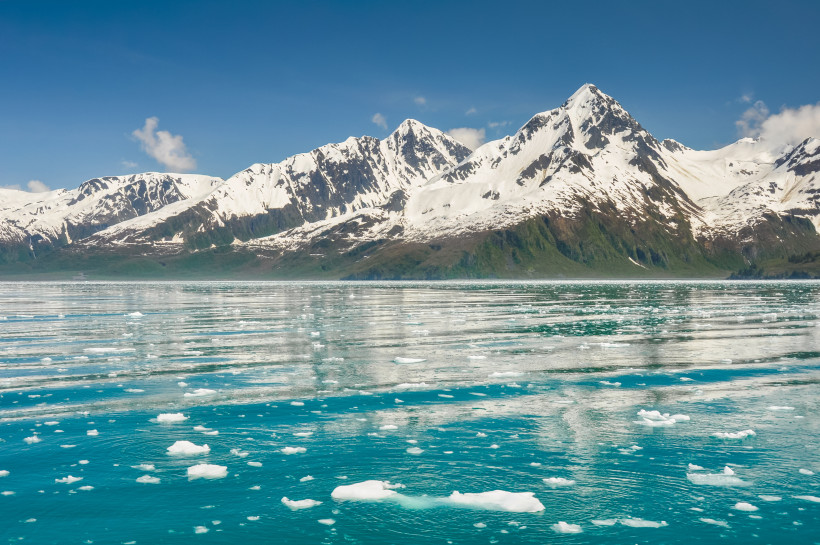 Forty minutes north of Seward lies Kenai Fjords National Park. This is a unique spot where the ocean, mountains, and land meet, and its certainly one of the best places to visit in Alaska. Nearly 40 glaciers flow from the Harding Icefield, Kenai Fjords' crowning feature. You can reach the icefield via a spectacular day hike, or you could sign up for a guided kayak tour along the fjords. 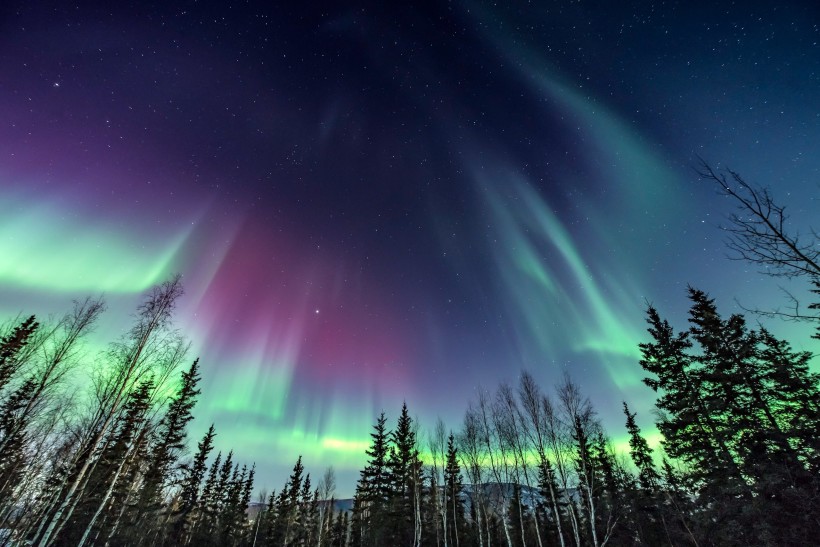 If you’re headed to Alaska during the fall or winter, Fairbanks is one of the best places to visit in Alaska to see northern lights. The town is located under the “Auroral Oval,” a ring-shaped zone over the far north where aurora activity is concentrated. Additionally, it has low precipitation and is far from coastal areas, making for clear nights.

The Aurora season starts at the end of August and runs through April. Stay more than three nights during that time and your odds are seeing them are almost 100%. Plus there’s lots of other fun activities, like dog sledding, for you to do. 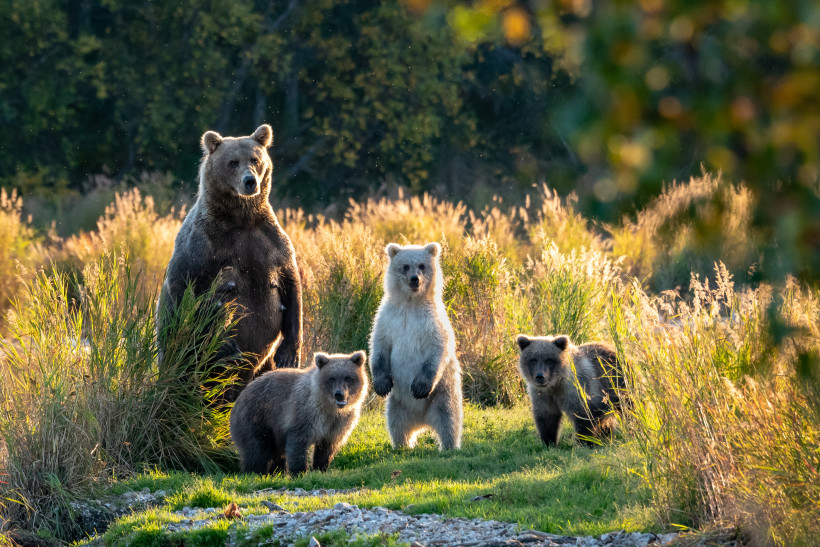 Alaskan brown bear and cubs standing on the banks of the Brooks River, Katmai National Park

290 air miles southwest of Anchorage lies Katmai National Park. It’s not easily accessible - you’ll need to take a small plane or boat - but those who take the trip will be rewarded with one of the world’s largest brown bear populations. The Brooks River’s salmon attracts the grizzlies, and the park has set up viewing areas, allowing for you to safely witness these majestic creatures in the wild. 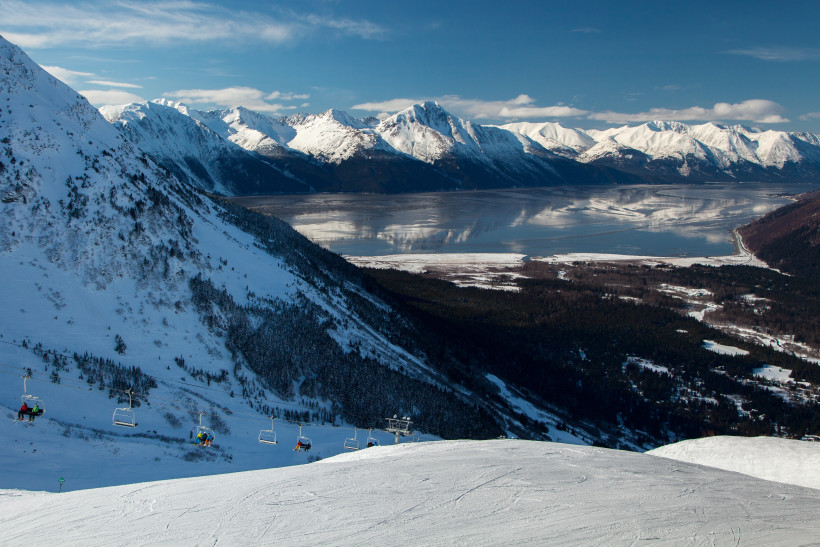 Just an hour southwest of Anchorage, Girdwood is a former mining town that’s maintained its quaint charm. There you’ll have access to the Portage Valley, which features a number of hanging glaciers along with hiking and mountain biking trails. Winter in Girdwood, though, is what really makes it one of the best places to visit in Alaska. Home to Alyeska Ski Resort and an incredible backcountry, it’s one of the world’s premiere ski destinations. 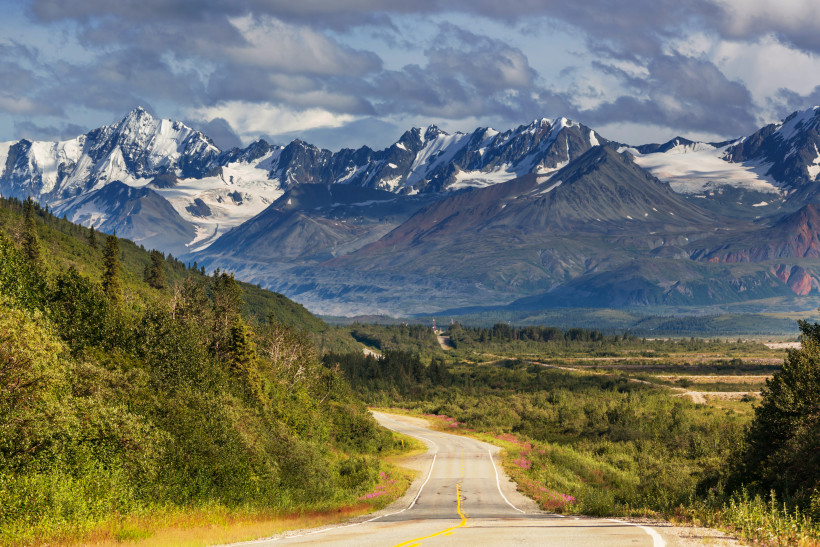 This last one isn’t technically a place, but rather a drive! Stretching 1,387 miles from Delta Junction, southeast of Fairbanks, all the way to Dawson Creek in British Columbia, Canada, the Alaska Highway is considered one of the world’s top scenic drives. If you’re driving to or from Alaska instead of flying, it’s definitely worth taking.

There you have it! Our top 10 places to visit in Alaska. It’s an incredible state to explore, and if you decide to make the trip, check out our affordable Summer Adventure to Denali and Kenai Fjords! 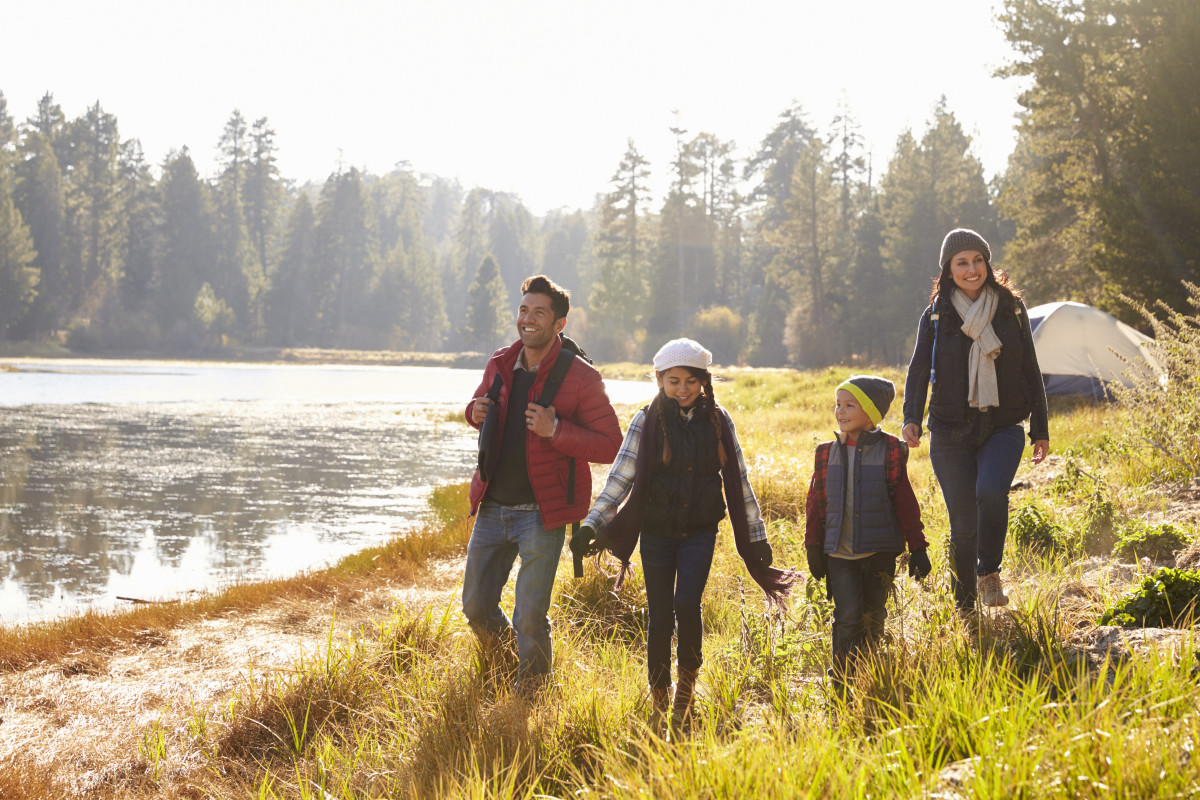 The Family Vacation Spots to Hit This Summer 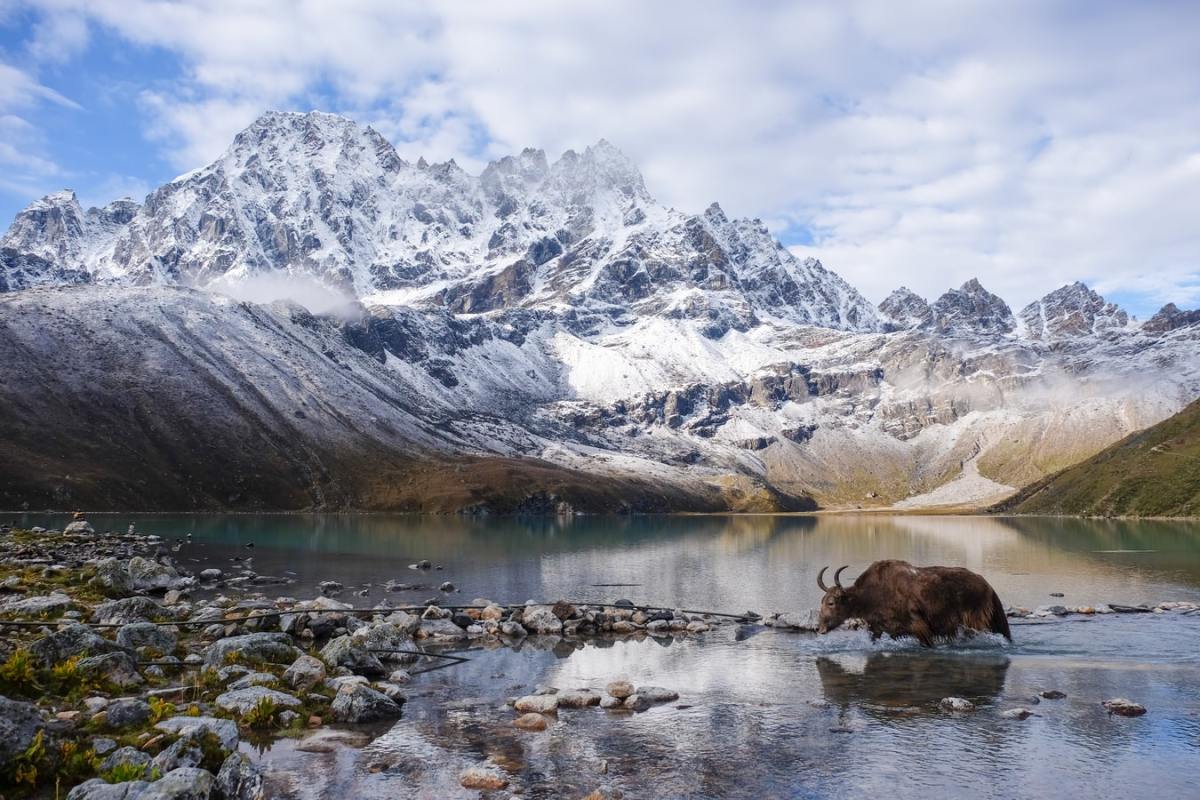 Hiking the Mountains of Nepal: An Overview